The Arts for Youth Trauma: An Answer to the Cry of Our Time

Digging in to look for the life within us can bring about a release and transformation of the pain. That’s where the therapy is.

When you use creativity, you can cut below the layers to get to the survival mechanism and creative spirit. If you hit that place right it’s like natural energy – healing will start to take place. 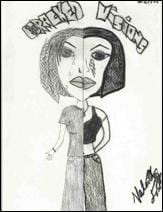 An estimated 26.2 percent of Americans ages 18 and older — about one in four adults — suffer from a diagnosable emotional disorder in a given year while 9-13 percent of children ages 9-17 have a ‘serious emotional disturbance with substantial functional impairment’ (www.nimh.nih.gov).

No matter what you perceive to be the cause of the continuing decline of American’s emotional well-being, it’s clear that we need to begin to deal with it.

How? We don’t have to look too far for ways to turn the tide — in fact, there’s a readily available antidote that was specifically developed for survival in dark times, music that we now call Blues and Jazz.

In understanding Blues and Jazz we find a powerful tool for dealing with the many challenges life gives us. It has the power of hope and the power to transform circumstance so life with spirit will somehow prevail.

Following is an interview with Bill Rossi, author of Venturing Together: Empowering Students to Succeed and creator of the educational and therapeutic approach that harnesses that power.

MHR: How do the Blues speak to the suffering of today, and how can it be therapeutic?

BR: The Blues grew out of the intolerable conditions of being enslaved. So what did slaves do with those intense feelings of pain and depression, how did they find a way to relieve them? They dug in to find a way to deal with their circumstance.

They started with field hollers, call and response to each other, singing notes they knew from common scales. Then, to better express their pain and condition they bent and lowered notes, producing a feeling of tension. These notes became known as the Blues notes.

Blues notes are the expression of a sadness or pain but at the same time make you feel better – the expression leads to release and creative use of this leads to a transformation.

The color blue represents the Blues as sadness, or feeling down. These notes eventually became a part of what is known as the Blues scale.

As the notes were developed they took the shape of longer phrases that started to tell stories. So the Blues went from words “I’m sad” to explaining why they were sad. Singing about their pain brought a feeling of release because along with the rhythm they were feeling the life inside themselves. So although there was an almost intolerable feeling on the outside, they sustained their existence by getting in touch with a deep sound and rhythm, the life pulse, inside themselves.

And then they generated that life and they kept themselves generated by looking for … for what? We are all conditioned to look outside ourselves for relief from the human condition but when there’s no life without, and it’s just an oppressive painful thing, you have no place else to go but in. And digging in to look for the life within us and getting in touch with it brings about a release and transformation of the pain.

MHR: How can this be therapeutic today? 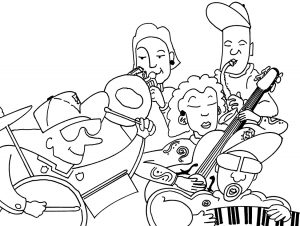 So it starts growing, right? You’re enlivening it, so it starts to have its own life, a power inside you. It starts to overtake the outside circumstance. So at the moment anyway, while you’re expressing and doing the music, the music becomes larger so it can become competitive with the outer circumstances. This causes relief and causes you be able to maintain and grow in life.

This can be such a powerful therapy because it grows from a very primal source of creativity that’s inherent within human beings. When you have no place to go to escape the pain, oppression, trauma, you need to go deep inside yourself. That is where there’s creativity, life. It’s a God-given place.

The musical expression of the slaves became a language. Blues and Jazz are a universal language because they come out of a primal human condition which is that every human being suffers somehow. So this music talks directly to that place.

There are many ways of expressing that condition, from the field holler to Rock and Roll to very sophisticated forms of Jazz like Duke Ellington’s. That’s why the Blues has affected so many different forms of music, because it expresses a basic human condition that underlies everything.

The purpose of art is to express a basic human condition, whatever that might be. Sadness, happiness, anger, injustice, celebration. But art has to be grounded in a real life experience. No matter how much sophistication or intelligence you implement you have to remain with a gut level, real experience; if you leave that and begin to intellectualize it the art no longer has that quality.

When you listen to the best musicians such as an Ellington or Coltrane, despite their high level of sophistication they never leave the real gut life experience. All of their music is built on that foundation, and that foundation is always being developed because as the tree grows the foundation has to also grow.

All good art also express a basic life force. Man is born with a sense of survival so no matter what the circumstance is, the instinct to survive is there. Man’s creativity is at that core. When you’re looking for your survival and there’s no other outward means, you go to the absolute core of the survival mechanism. That’s where the Blues resides – it evolved from the field hollers and never left its core. That’s why it’s so powerful.

That’s why it’s such an effective therapeutic intervention. Whereas many therapies treat the symptoms, when you use creativity you can cut below the layers to get to the survival mechanism and creative spirit. If you hit that place right it’s like natural energy – healing starts to take place.

You need to take it creatively deep enough so that a person who has experienced trauma, for example, will also experience something that is deeply upbeat. If a person re-experiences past challenges or trauma without experiencing something upbeat at the same time, they will go out of balance.

MHR: You have to have a positive place to go? 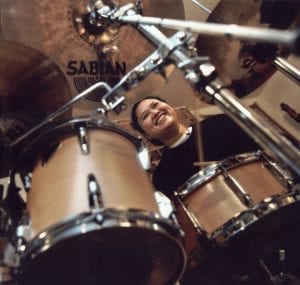 BR: Yes. You have to release the trauma or challenge or it will explode, but it has to be a therapeutic release. You’ve got to go to a creative place. You have to have goodness to go to, to direct yourself towards, so you release it in a good way. Otherwise you’re just out of control with your emotions and you will probably hurt yourself or other people.

Creativity needs to always be a component of anything therapeutic. In our music lessons we begin to get empathetic to what the student’s feeling, where their rhythm is in them, what their state is. Then we can start to play things that relate to where they are rhythmically or melodically, all the while trying different things to see what they respond to and what’s resonating with them. Then we exploit those ideas.

MHR: What do you mean?

BR: We get them in a groove, a cycle or repetition to feel the rhythm, and we get them to feel the notes in the rhythm, so the two are going together. That begins to get into their body, and then their ear, and then it gets them into that creative place inside them. Then you start to do call and response, and develop a phrase, a sentence out of that, and build from there. You and the student venture together from there and just keep growing it.

MHR: So they’re communicating their pain from a deep, honest place and going somewhere.

BR: They’re releasing, and it feels good to them because they’re releasing it in a creative way, in a way that makes sense to something very deep and primal in them, and that’s home – that’s like home base in a way, it’s mother earth, the life force in them. That’s a beautiful place to anybody. So then as you grow it, step by step, you stay empathetic so you grow it from where they are, just like the music grew.

Then you start to add more rhythms, more harmony, and out comes a phrase, then a sentence, then 4 bars, then 8, and then a whole complete thought in the 12 bar Blues or 8 bar form. From there you can find all kinds of ways to vary it – rhythmically, melodically, ways you can color it which give you articulation. You’re articulating more and more of what you’re feeling, you’re continuing to release, and that grows into creativity.

MHR: That’s why you see the Blues and Jazz as an answer to the cry of today.

BR: Yes. All music with these qualities is a dynamic expression of the meaning of being human. It was one of the only means available under the dehumanizing conditions of slavery and racism, and this creative orientation is one that could be very helpful today.

Being human inherently means expressing and striving for fulfillment and growth; being human means being creative. We need to pay attention to that.

Music and the other arts can alleviate suffering through truthful yet graceful expression, can open up a person to feel alive and relevant as a human being, can stimulate insight and understandings of one’s individual potential towards life’s higher purpose, and can bring people together for a higher degree of communal support, all of which can help people rise above their circumstances.

The Blues are a particularly potent way to state a fact or a feeling, positively release an emotion, and create a good feeling that can bring about hope and a way to something higher. Many Americans are suffering right now; the Blues can help. 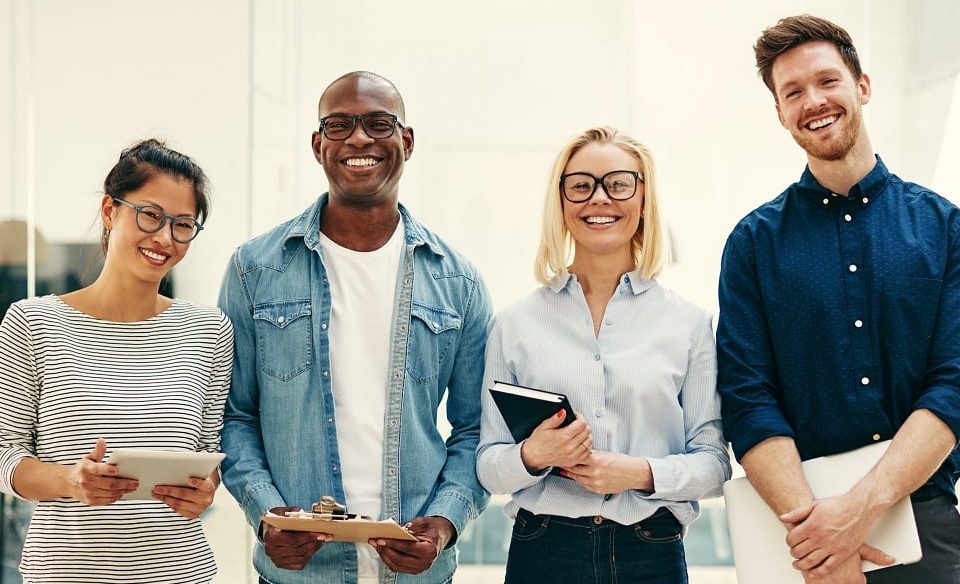 Startup nonprofit? How to build a great board (and why you need to) 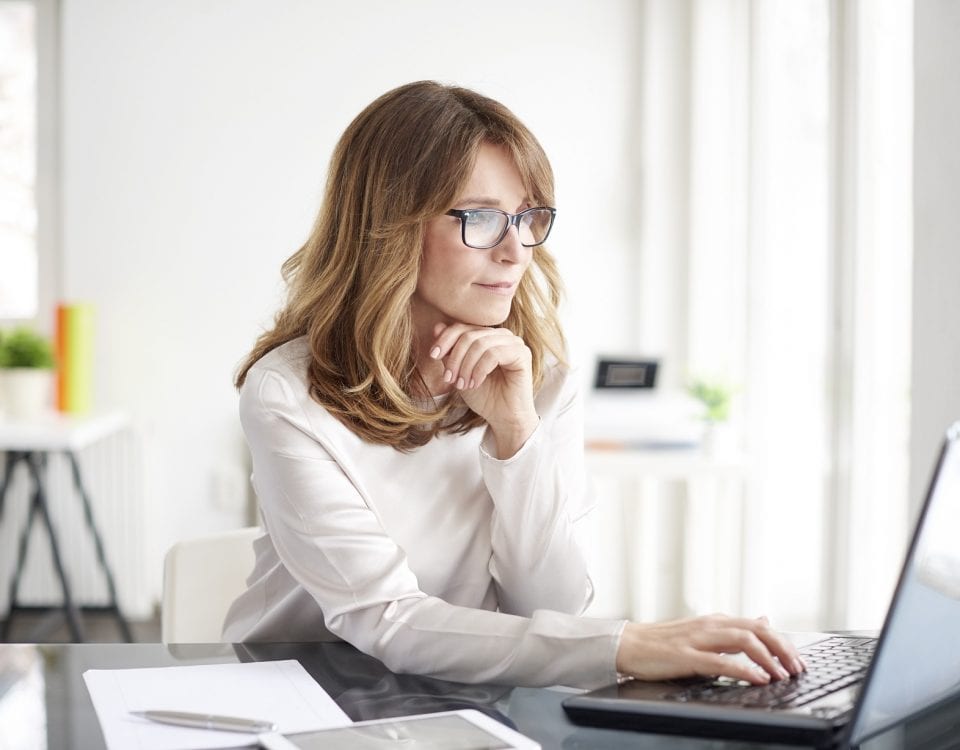 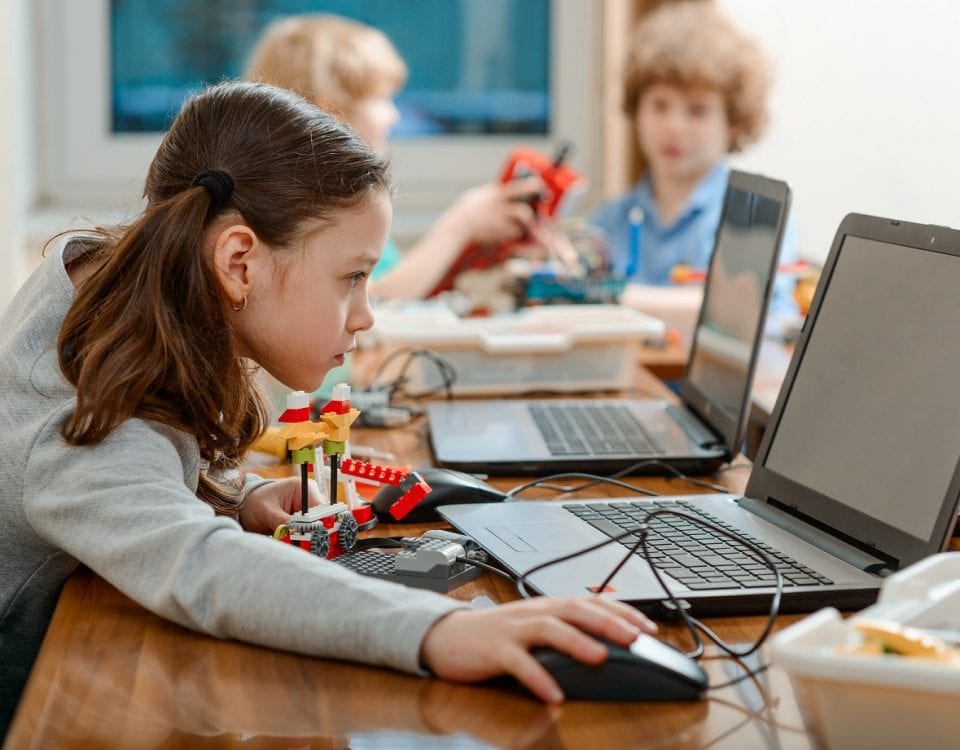